Mother Ocean and the Island of the GodsWorld Heritage

Since ancient times, Miyajima has been revered as a sacred place. Many inns from from the Edo period still remain today. After visiting the temples and shrines, enjoy walking through the strees or even what might be the true essence of Miyajima, the primeval mountain forest.

Miyajima is said to be a sacred island and a short hike will bring visitors to its untouched primeval forest. There are 3 hiking courses: Daigen, Daisho-in, and Momiji-dani to Misen, the highest mountain on Miyajima. The observatory on the peak, with its beautiful island view, is another popular activity. 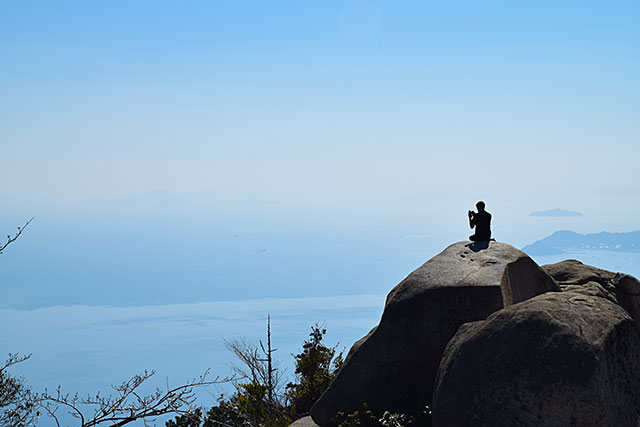 The View from Mt. Misen

The view from the peak of Mt. Misen is very popular with international visitors. 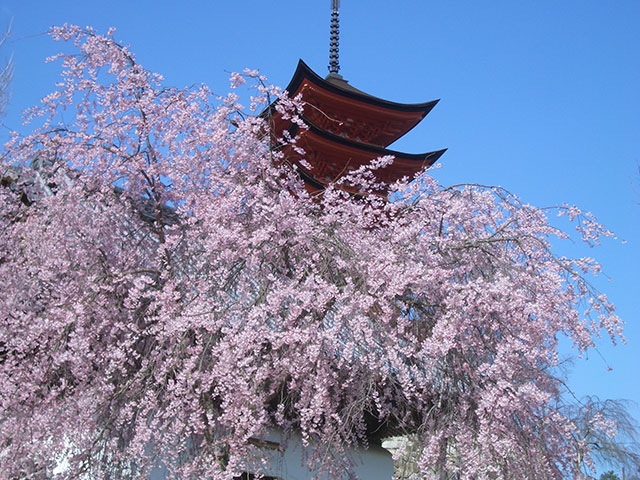 The Five-Storied Pagoda and a Weeping Cherry Blossom Tree

The pagoda almost looks as though it was built on top of a light pink cloud. 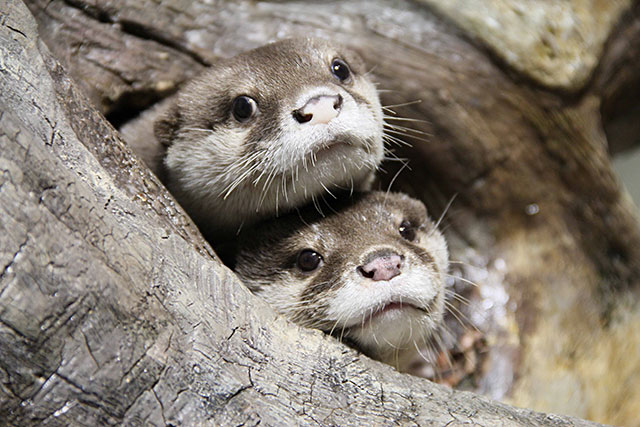 A popular parent and child river otter pair from the Miyajima Public Aquarium, visitors can observe their comical behavior. 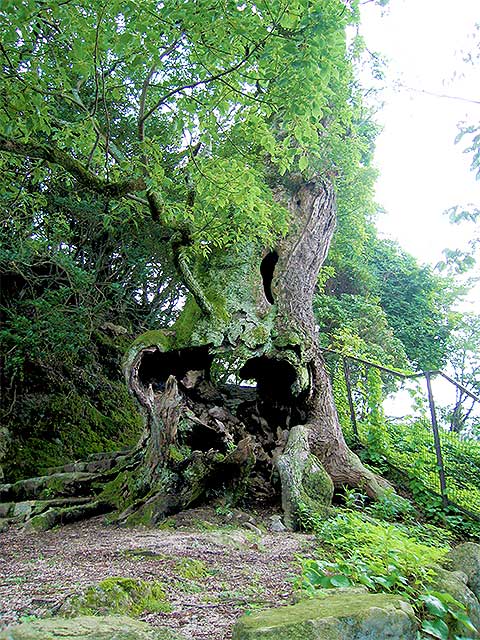 A large camphor tree on Mt. Misen's Omoto Hiking Course. Though there is a large hollow in the tree trunk the young saplings in bud are a reminder of the power of nature.